2019 Cinema for All Community Cinema Conference 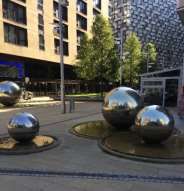 Daron & Rose from Topsham Film Society Cinema for All Community Cinema Conference 20th-22nd September 2019 The conference has been a great source of ideas so we were very keen to go again. We are very grateful to have had financial support from CFA’s On the Ground Project run by Ellie Ragdale who gave us free entrance tickets and The Film Hub SW whose £300 travel and accommodation bursary which allowed us to travel hundreds of miles to sunny, shiny Sheffield.

We have learnt from past experience to get there early on Friday if we wanted to explore the city as the schedule for the conference is jam packed full of workshops, film screenings and catching up with other film societies.

Friday night started with another excellent masterclass from Rebecca Ellis, I am not generally a fan of musicals but her talk on cult musicals made me look at them in a totally different way, I thoroughly enjoyed the Little Shop of Horrors. After the film, there was a chance to chat with other delegates which is always so interesting and inspiring.

Saturday we registered and met up with the ever enthusiastic event organisers of CFA. Over the next 36 hours, between the two of us, we saw 6 ½ films including an interesting Q&A with director Jeanie Finlay, took part in panel sessions, workshops, masterclass, the awards ceremony and party.

The programme of films was not an easy, relaxing experience but frequently hard hitting, with thought provoking material and we were warned on more than one occasion to have our tissues ready. The films ranged from the exquisitely beautifully filmed The Third Wife to the extraordinary Syrian video documentary For Sama. Another film We the Animals had amazing performances by three boys, who are first time actors, dealing with dysfunctional parents, I loved the use of animated sequences when Jonah who uses writing and drawing in a secret diary to explore his inner thoughts and emotions.

At the 50th film society of the year awards, it was great to see all types of community cinema represented and to see the young student winners, who are so engaged and dedicated, they are the next generation of filmmakers and film industry leaders. We might try out for an award next year but it is intimidating as the standard is very high. 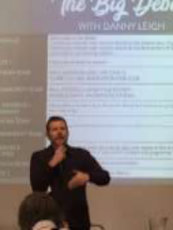 One of my highlights was the debate compered by Danny Leigh….Should the main concern of community cinemas be the development of the community, reducing isolation etc. which is what we aim to do within our community especially encouraging the older members to come along. Or should the main concern be the dissemination of ‘great’ cinema, with all the connotations that that phrase has of elitism or is it perhaps education & opportunity? I changed my mind during the debate from one side to the other and decided our ‘main ‘concern is an amalgamation of the two concepts, a tricky balance.

We came away brimming with ideas we could implement within our own film society….

We would like to encourage more of these events to be held nearer the West Country…Here's hoping….